We are off to the Greek island of Symi for two weeks, to the same apartments we stayed in last summer. Then I took my Nikon D700 and five primes and as I was away for only a week no computer. I borrowed some extra memory cards so I was fine.

This year I am planning on taking this set of gear. 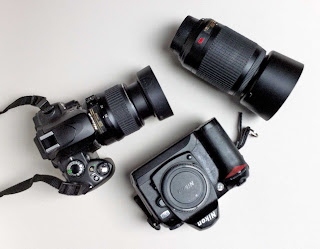 I will also have my laptop so don't need a large number of cards.

I loose some capabilities with this set up. The lenses are slow f3.5- f5.6 and the D40x is only usable up to 800iso at a push, also I won't have my fisheye lens.

But I will gain in other areas. My primes top out at a focal length of 105mm but the telephoto zoom will give me 300mm(e) angle of view. It also has VR so easier to handhold.

The big saving is that it light. The D40x and 2 lenses weigh no more than the D700 and a lens.

Both cameras have an the same size sensor so I have the same angle of view for both cameras.

Also like last year I won't have a tripod, as all mine are too heavy and not designed for travel. but I am taking this. 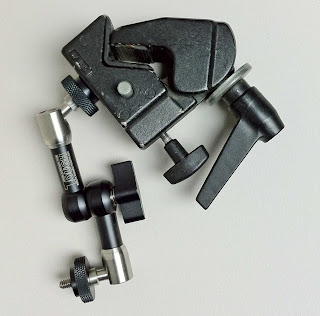 A Manfrotto super clamp and a articulated arm I bought off the internet a couple of years ago. The clamp will attach to a rail or bar, and with the articulated arm I can position the camera easily. I tried attaching a ball head but that setup is very limited on how much levelling I can achieve. That said the arm is slightly less rigid but the lack of righty is outweighed by the extra articulation. This setup would not work well with a D700 due to all the extra weight.

Also I am taking a different bag this year. Last year I had my Bellingham camera bag that I bought in 1984. This year I am taking a 2001 vintage Lowe Pro stealth reporter. Its better for the laptop and carries more when we get there.

A quick few days up in Scotland with some very poor weather, so no pictures but after an overnight in North Wales we went to the open green day at Hafodunos house. near Llangernyw.

V's family used to farm in this area and the house owners were the landlords.

The house has gone downhill since its heyday with a fire that gutted it about 12 years ago. 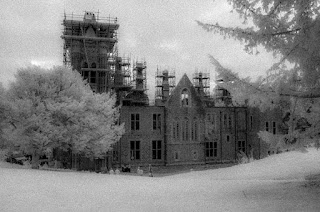 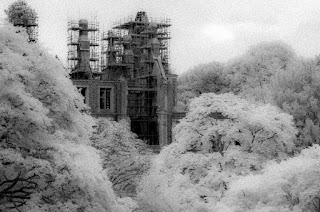 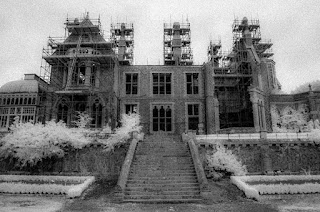 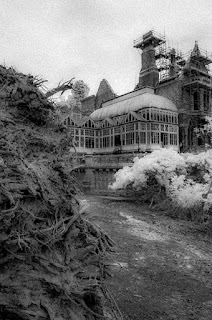 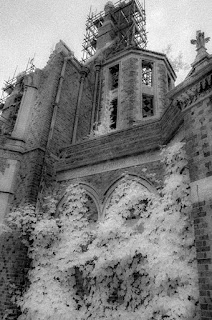 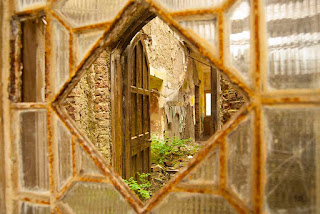 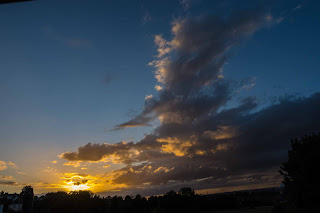