I have known that there is an old Trabant car parked up behind a garden wall of a house that I pass on my way to the station.

It must have been there for at least a dozen years perhaps longer.

Until a few weeks it had been concealed by a door and walls. Then a tree came down and demolished the walls. Since then it has been in view but almost concealed under ivy.

It was one of the things on my mental list of things to photograph, today I had a camera and the time. so I got a picture or two. 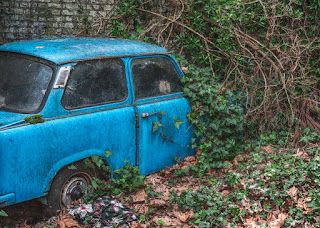 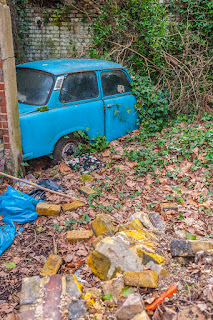