in 1983 the railway line from Kilmacolm to Glasgow closed. In the early 90's after the track had been removed it reopened as a cycle path and footpath.

Along its course several art installations were installed. One which seems to be made up of old gas cylinders, bits of track and hose shoes was set out as a small platoon of soldiers. situated about half way to Bridge of Weir, it was seen as a good point to turn around when walking. 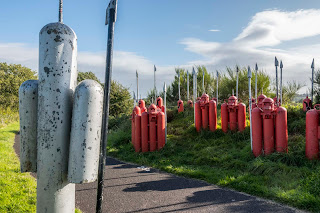 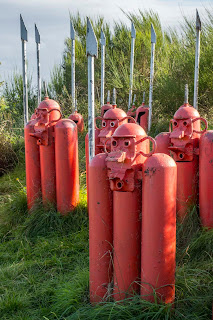 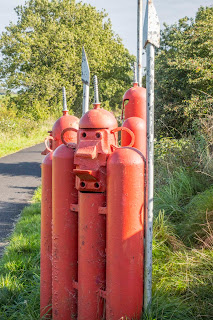 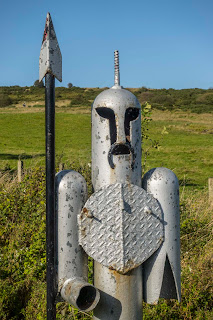 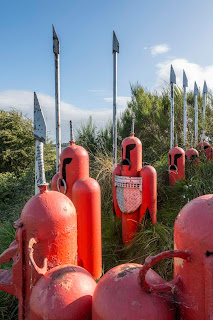 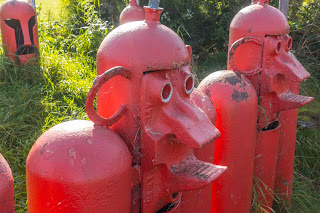 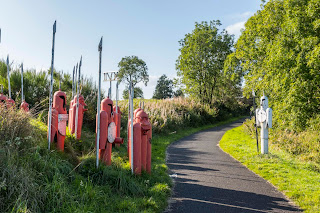 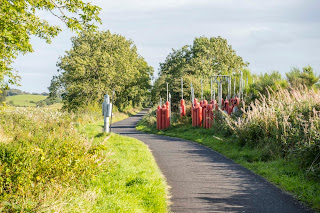