I brought a large box of pictures from Mums house when I cam back south this week. This afternoon I went through them to try and get rid of some of the images that hold no interest to the family.

Many pictures I had taken and sent to my parents so they had pictures of the children when they were growing up. But one picture caught my eye. This is the last picture taken of me and my father.

We would have been up on holiday in the lats summer and were packing the car for the drive south. Daughter would be 10 month old and it was hugs and goodbyes. then we had no idea that it would be the last time we would be together.

It looks as though we are arguing but it just a fleeting expression on my father's face. 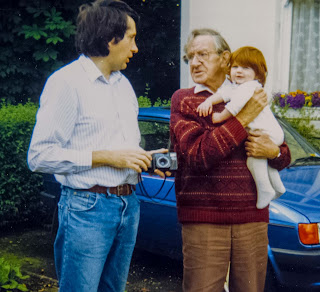 Many poppies out in the front garden now. 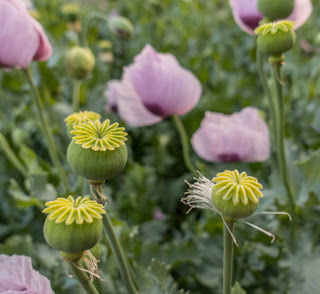