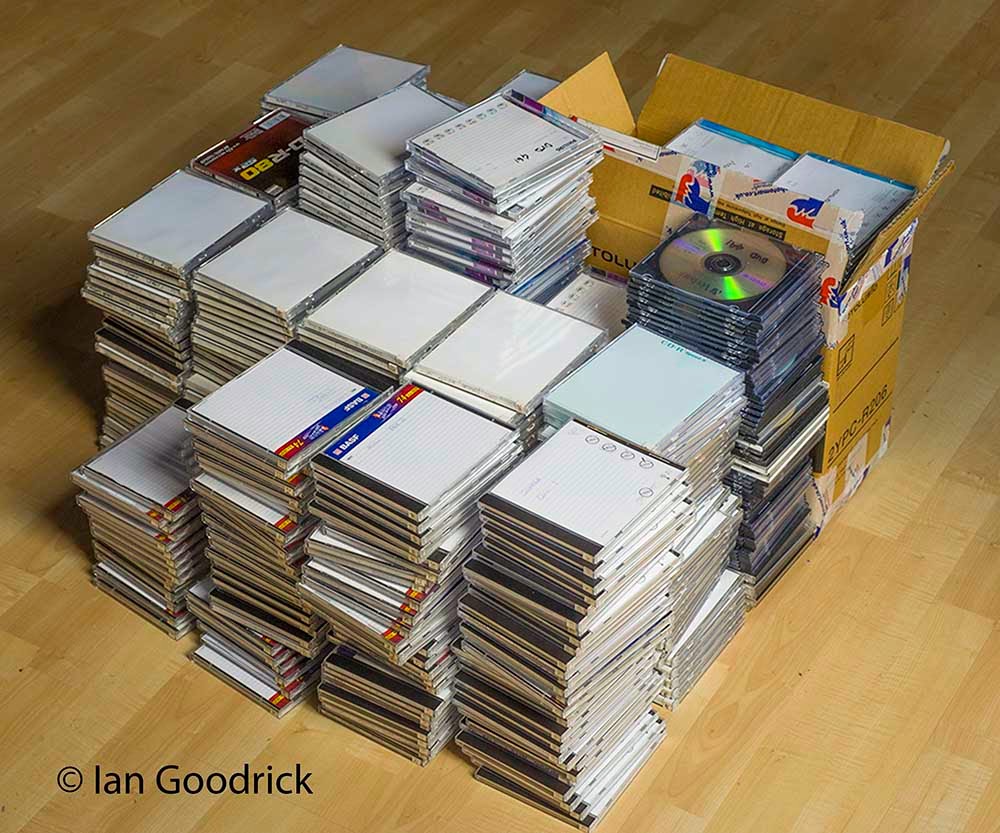 This is my 'office copy' of all my images. Originally I had done a second copy that I stored off site. The off site copies had gone a few years ago, but I had never got around to getting rid of the office copies. They were on a shelf units, on top of a filling cabinet and in the box in the picture.
Starting from 2001 there were 329 CDs. Then I moved onto DVDs, all 205 of them. I stopped writing to DVD in February 2011, after that I have shot around another 400 GB of data which went straight to hard drive.

Over the next few weeks I will go through all the disks checking I got all the data from the offsite set when I wrote them back to hard drives. Then each disc will be cracked to render them unreadable and sent of to the dump. any plastic and paper that can be recycled, will be.

Should keep me busy for a while!