Further up the Kali Strata

As I said in the last post the Kali Strata is the main 'street' between the harbour and the old town at the top off the hill in Symi. It is lined by the houses built by rich merchants in the 19th century. During the war the island was occupied and damaged by bombs and departing German army.
Many of the houses are still ruined, awaiting someone with a large amount of money to rebuild.
Because of the amount of classical houses on Symi any building built must be built in the local style, and as there is no vehicle access to the street the cost can be astronomic. 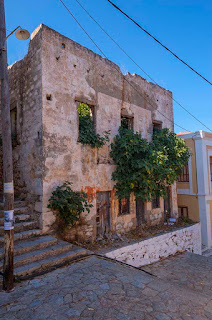 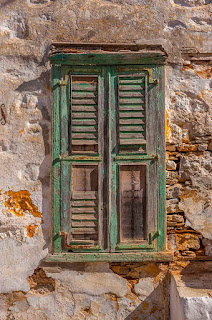 But when the houses are restored the results are beautiful. 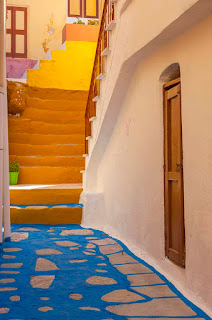 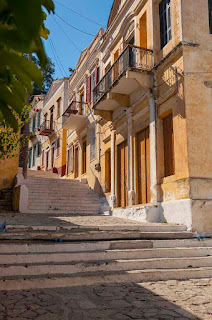