Greenwich on an iPhone

We had a day in Greenwich, with tickets to do the tour upclose to the ceiling in the painted hall. When we arrived I found my camera battery was dead so it would have to be the iPhone.

Anyway we arrived slightly early for our tour so had time to look around the chapel. 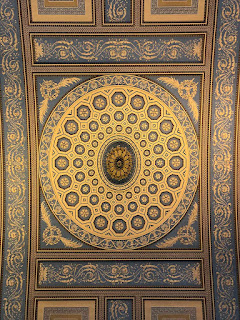 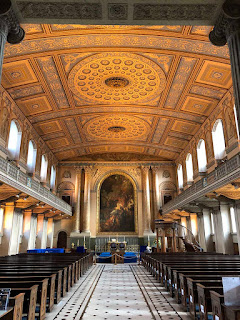 Then it was on to the Painted Hall

After getting hat, hi vis jacket, and audio headphones we met our guide. An initial history of the room and explanation of the wall murals it was up the stairs to just under the ceiling. 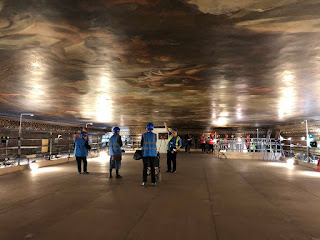 It was not easy to see the images on the ceiling, but with the help of a hand mirror it was easier. I then tried using the camera on the screen side of the phone and it was even better than the mirror. 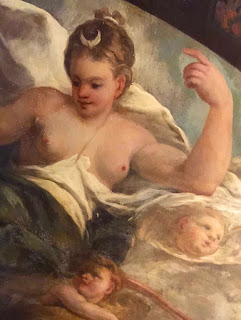 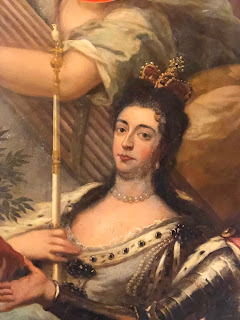 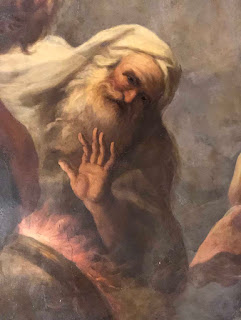 I was really amazed by the clarity of the images even from the secondary camera. 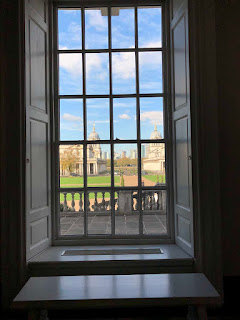 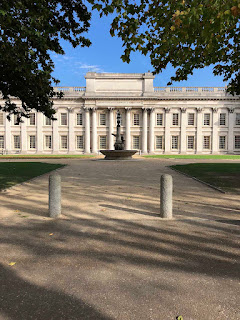