As always on the first day of a holiday we were up and out relatively early. The weather was beautiful, with a hot sun and a slight breeze.

This year V wanted to do more walking than last year, so we started by walking up through the lanes and steps that make up the 'streets' of Horio. 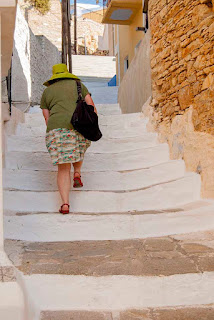 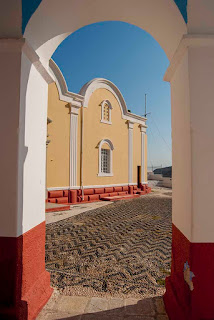 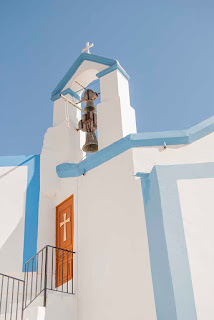 We wandered around and were treated by a magnificent view of the harbour, made all the more special by the cruise ship, Club Med 2, lying off Nimborio. 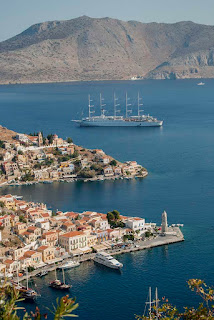 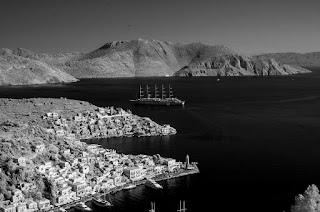 After some time resting and taking pictures we set off back down to the meet up with the tour rep. As we came down we got a great view down the Pedi valley towards the sea. 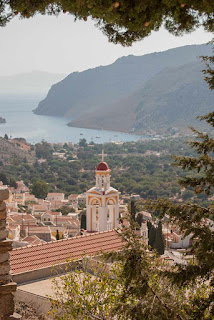 After the meet up we went back to our apartment and packed the bag for the walk down to the beach at Pedi. As you come down to the pier you have the choice of turning left and right. Go left and after 100 yds there are about 6 sun brollies and some loungers these are free to use. If you go right the loungers and brollies are charged for. 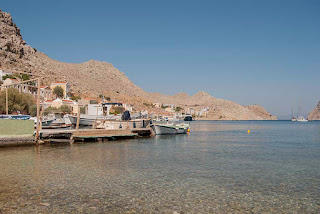 After a swim and a lounge we walked back up to the apartment. 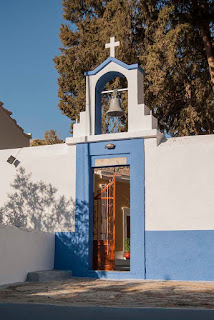 We had a rest and in the evening we walked down the Kalistrata to look for somewhere to eat. 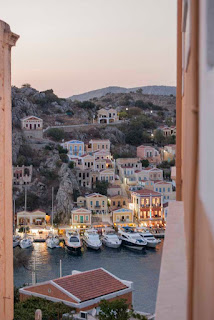